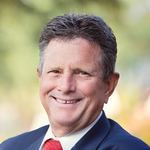 Ted was the attorney who represented a young lady badly mauled by a bear on Mt. Lemmon a few years ago. Ted's investigation and discovery revealed that the State of Arizona had known of the dangerous propensities of this particular bear for some time and had violated its own policies in capturing and releasing the bear. Ted obtained a multi-million dollar settlement on behalf of his client, the first of its kind in the State of Arizona if not North America. More recently, Ted and Bob tried a LASIK eye surgery case for a United Airlines pilot obtaining a $4 million verdict in Pima County. Ultimately the case was settled for that amount after Ted and Bob were successful on appeal. To this date this case stands as the largest verdict in a LASIK eye surgery case anywhere in the country.

Ted is recognized in Best Lawyers in America, is a Fellow in the American College of Trial Lawyers, International Academy of Trial Lawyers and International Society of Barristers as well as a member of the American Board of Trial Advocates. He occasionally teaches at the University of Arizona College of Law and has been recognized by the Arizona State Bar as Member of The Year and is the recipient of the Walter Craig Distinguished Service Award.

Originally from Mansfield, Ohio, Ted has been in Tucson since his undergraduate years at the University of Arizona and as a graduate of the University's College of Law. He is active in the community especially with youth activities, having been a scout leader with the Boy Scouts, a coach in Little League, and President of the Catalina Foothills High School Booster Club. He has also been a member of the President's Club at the University of Arizona, and he and his wife Ann have established the Tara Nicole Schmidt "Have a Dream" Memorial Scholarship at the UA. This scholarship has funded, and continues to fund, the educational pursuits of worthy Arizona students.

In 2020 Ted was elected to represent Southern Arizona as a member of the Board of Governors for the State Bar of Arizona and currently serves on the State Bar Rules Committee and Social Justice Task Force.

Ted created the Ann Kathryn Schmidt Kickin' It Clubhouse for youth soccer in Tucson in memory of his late wife Ann.

Ted has worked with Advocacy Director Barbara Bergman at the University of Arizona College of Law to develop and teach the new Advanced Trial Advocacy class for law students.Ted has recently been appointed to the Board of Directors of the International Academy of Trial Lawyers. The IATL is an invitation only organization of the best 500 trial lawyers in North America with fellows from South America, England, Ireland and New Zealand. 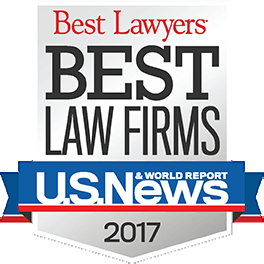