Ted Schmidt successfully proved that nutritional deficiencies in a soy based baby formula manufactured by Syntex had caused his infant client to experience “failure to thrive,” thus stunting her growth. On the morning of trial, the defendant agreed to a $2 million settlement. 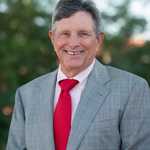