We Care About You and About Our Community

From youth activities like FC Tucson Youth and the Engage Foundation, to keeping Tucson kind alongside Ben's Bells, to leadership in local charities and involvement in dozens of important groups and events that move our community forward, we are proud to support some of the best organizations in Tucson.

Matt Schmidt's Charity "Engage" Off to a Good Start

Ted Schmidt, the PCJSL and Ben's Bells "Be Kind on the Sidelines" Policy Showing Results After First Week.

Ted Schmidt and the PCJSL Team Up with Ben's Bells to Put an End to Bad Behavior by Parents on the Sideline.

We're Active In the Local Community 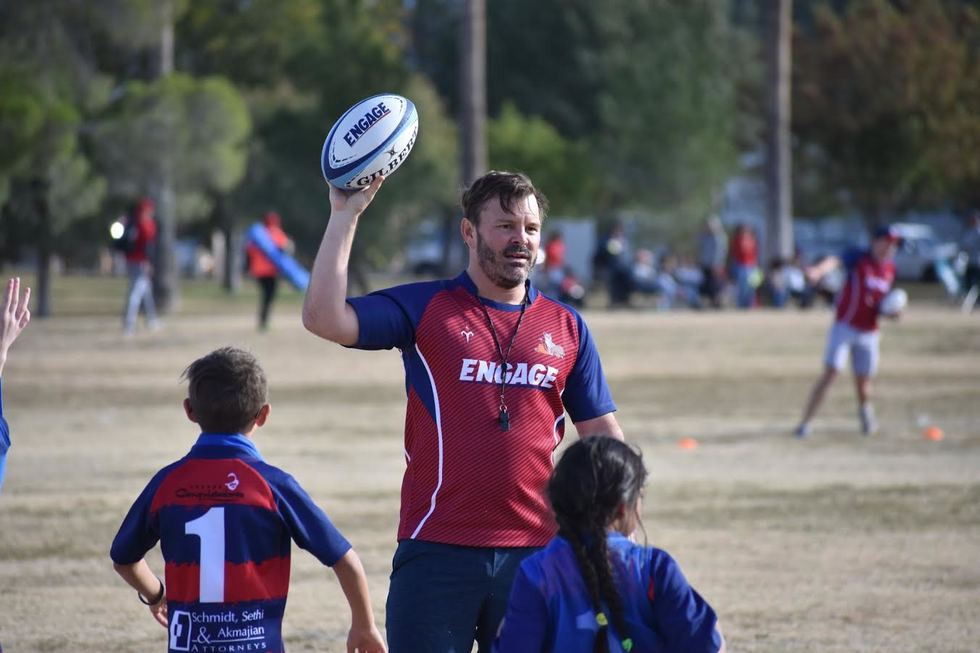 At Schmidt, Sethi & Akmajian, we have a service mindset and emphasize the importance of playing a substantial role in the community as parents, friends, leaders, coaches, mentors, authors, public speakers, and proactive members of many local professional, philanthropic, and charitable organizations.

Our caring, compassionate team is committed to making a positive impact on our city and supporting its future by proudly donating to local charity groups and supporting local schools including our firm buying state championship rings for Palo Verde High School Football, Santa Rita High School Basketball and Sunnyside High School Softball or helping replace the silent auction items that Marana High School football team had stolen prior to a fundraising event.

Below is just a sample of some of our attorneys' individual commitments to the community: 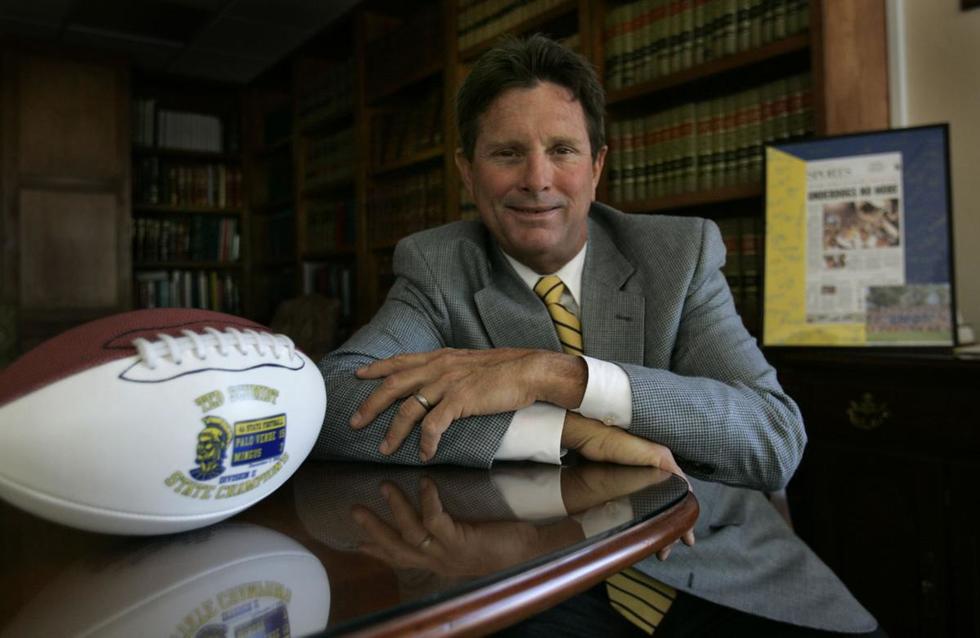 Ted's passion for soccer and philanthropy intersect in his tireless community involvement as the President of both the Pima County Junior Soccer League and the FC Tucson Youth In these capacities he has spearheaded the conversion of a rundown building at Brandi Fenton Memorial Park into a first class clubhouse for kids in the Tucson soccer program. The clubhouse, named in memory of his late wife of 35 years—The Ann Kathryn Schmidt Kickin' It Clubhouse—is a finalist for a Common Ground award this year in light of its unique blend of government and private interests working towards a common goal. The result is a sanctuary for kids to recuperate after games, exercise, have team meetings and parties. Adult leagues, PCJSL and ASA all hold meetings in the clubhouse and conduct mentoring and training sessions. The building also serves as offices for Tucson's largest youth soccer club—FC Tucson Youth.

Ted is also the director of the Tara Nicole Schmidt “Have a Dream” Memorial Scholarship at the University of Arizona. This scholarship, established in memory of his daughter, provides $10,000 in financial assistance to Arizona high school graduates who have demonstrated the academic excellence, community involvement and initiative worthy of such recognition. High school students from across the state submit detailed applications highlighted by an essay question that asks them what their son or daughter will say at their memorial service at the end of a long and productive life.

Ted is an active member of the University of Arizona Law College Association where he currently leads the effort to establish the new Tom Mauet Advocacy Center at the UA Law College and is a member of the "A New Day in Court" steering committee, an initiative intended to renovate student courtrooms, establish an endowed faculty chair of advocacy, and support student experiential learning in an effort to completely modernize and transform the student experience at University of Arizona Law. Ted was also recently inducted into the International Academy of Trial Lawyers, made up of the best 500 trial lawyers in North America. He serves on the Finance Committee of this elite organization.

Ted has also played substantial roles as a member of the Natural Resources Parks and Recreation Advisory Commission for Pima County, as a baseball coach with his son and law partner Matt for Canyon View Little League, as Booster Club President for Catalina Foothills Football, and as the National Football Foundation President, where Ted played a substantial part in getting local college football legend Chuck Cecil into the College Hall of Fame.

President of the Board of Directors of Ben’s Bells, a Tucson based organization focused on the importance and power of intentional kindness.  Ben's Bells is best known for its iconic “be kind” message that is found all around town and for its weekly Bellings, which recognize the kind acts of those in our community.  313 schools, most in Southern Arizona, are involved in Ben's Bells Kind Campus programs, which provide citizenship and kindness education to over 168,000 students.  This program, which is beloved by students and teachers alike, is making a profound difference in how our children are interacting and working together.

Dev remains active in the Children's Museum Tucson and the Gootter Foundation, which works on Sudden Cardiac Death issues and recently donated its 100th AED unit to a local school. He is also on the Board of Advisors for Angel Charity for Children, which is now in its 32nd year of raising money for Southern Arizona children's charities.  This year, Angel Charity will raise over $750,000 for Girls Scouts  of Southern Arizona, El Groupo, and AVIVA Family Services.

Dev is also a member of the University of Arizona Law College Association Board of Directors, where he served as President from 2010-2012, and he is a member of the State Bar of Arizona's Civil Rules Committee, which proposes, reviews and analyzes the Arizona Rules of Civil Procedure. 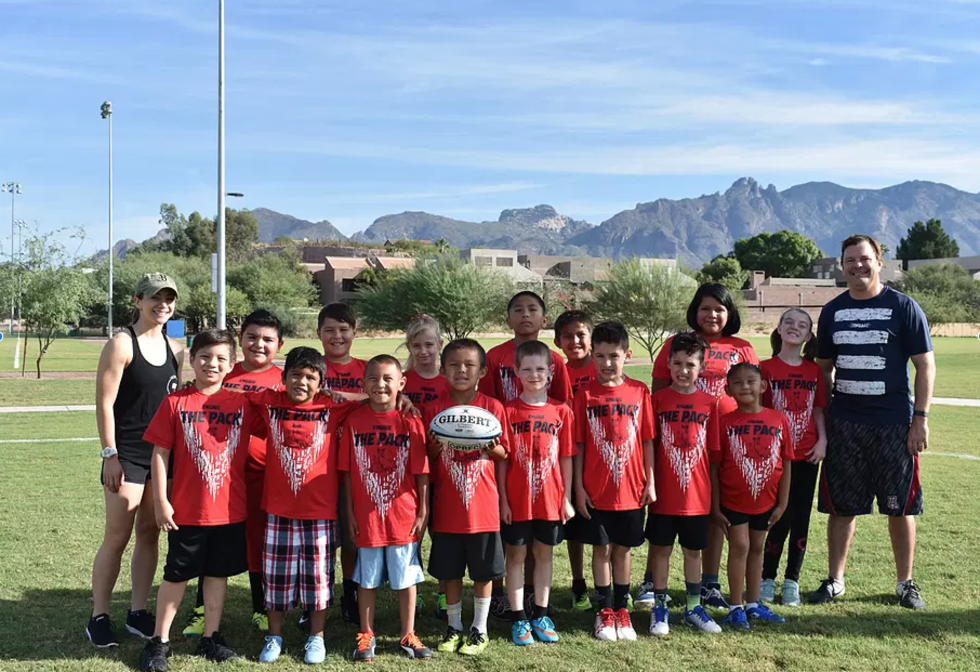 Philanthropy and positivity are at the core of Matt's community efforts. He is the President and founder of the Engage Foundation, a nonprofit that teaches underprivileged kids how to better engage in life by providing new, free, and safe opportunities to participate in activities that are challenging, inspiring and underrated.

He also serves on the Board of Directors for the Empower Coalition, a group of young professionals whose goal is raise money to improve lives in the greater Tucson community by empowering charitable organizations with resources necessary to carrying out their missions.

Matt is also one of Tucson's 40 under 40 as awarded by the Tucson Hispanic Chamber of Commerce and the Arizona Daily Star recognizing 40 outstanding individuals under 40 years of age that have excelled in their professional careers and have made a meaningful impact in the Tucson community.

Matt has a well-earned reputation as the go-to lawyer in Southern Arizona for all things tech-related. He has also started speaking to law students and lawyers about mindfulness in the stressful legal environment. He speaks at seminars on a regular basis and has a popular column in the Writ, the Pima County Bar Association's (PCBA) monthly magazine, educating lawyers how to maintain balance in the modern fast-paced world.

He has also been initiated into Nexus Executives (“Nexus”), “a collaborative of entrepreneurs and business leaders from a wide range of industries—from international service firms to global manufacturing corporations.”

Matt has also written several children's books and has been a prolific writer for many legal journals and even co-authored several sections of the Product Liability Chapter in the State Bar of Arizona's Tort Law Handbook 2012. In 2011, Matt received second place honors in Arizona Attorney Magazine's Creative Arts Competition. Matt's heartbreaking and touching story, The Taker, explores the relationship between a son who can and would do anything for his mom, except what she forbids him to do.

In 2010, Matt was the recipient of the Andrew Silverman Law Student Community Service Award at the University of Arizona College of Law for his leadership on the Community Service Board, which planned and organized monthly community service activities for law students to participate in.