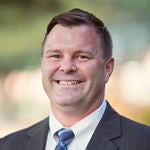 Matt graduated from the James E Rogers College of Law at the University of Arizona and passed the Arizona bar exam in 2010. Matt's primary interest in law focuses on general personal injury, insurance bad faith and police misconduct.

Matt was honored as one of Tucson's 40 under 40 by the Tucson Hispanic Chamber of Commerce and the Arizona Daily Star in 2014. This award recognizes 40 outstanding individuals under 40 years of age that have excelled in their professional careers and have made a meaningful impact in the Tucson community. In addition to serving his clients, Matt is president of the Engage Foundation, a nonprofit that provides free, fun and underrated recreational activities to underprivileged kids. He is also on the Board of Directors for the Empower Coalition, a group of young professionals organized to improve lives in the greater Tucson community by empowering charitable organizations with resources necessary to carrying out their missions.

Matt teaches law students and lawyers about both modern technology and mindfulness in the stressful legal environment. He wrote a column called "Techno-Law-gically Speaking" and now writes one called "Mind your Mind" in the Writ, the Pima County Bar Association Newsletter.

In May 2011, Matt won 2nd place in the Arizona Attorney's creative arts competition  for his fictional piece “The Taker.”

In June 2010, Matt and his dad (Ted Schmidt) co-authored “Taking the ‘Strict' Out of Products Liability Law,” a feature article in the Arizona Attorney. Together, they also co-authored multiple sections of the  Products Liability chapter of the 2012 Arizona Tort Law Handbook published by the State Bar of Arizona.

In law school, Matt served as a legal extern for Senator Jon Kyl in Washington D.C. on the Judiciary Committee for the subcommittee of Terrorism, Technology, and Homeland Security in the Fall of 2008. He won the Andrew Silverman Law Student Community Service Award in the 2009-2010 for his leadership on the Community Service Board and orchestration of several community service events for law students to participate in.

When he is not practicing law, writing or traveling, Matt enjoys participating in or watching just about any sporting event.  Matt also enjoys staying active in the community and spends lots of time growing Engage.