Plaintiffs Duka and Koski are the sole owners of Brush & Nib, an art studio specializing in creating custom art work for weddings and other events. The studio operates out of Koski's home and sell their products online. Plaintiffs collaborate with customers in creating the invitations, frequently suggesting the particular words to use on the invitations. The contract customers sign states, among other things, that the design and artwork must “express messages that promote [Brush & Nib's] religious or artistic beliefs, or at least are not inconsistent with these beliefs.” Brush & Nib's contract further provides that plaintiffs may terminate the contract if the design or art work “communicates ideas or messages .  .  . inconsistent with [Brush & Nib's] religious or artistic beliefs.” Similarly Brush & Nib's Operating Agreement states it will refuse to create “custom artwork that communicates ideas or messages . . . that contradict biblical truth, demean others, endorse racism, incite violence, or promote any marriage besides marriage between one man and one woman, such as same-sex marriage.” Plaintiffs state that they will sell artwork to any customer, regardless of sexual orientation but will not create art work that celebrates same-sex marriage.

Phx.,  Ariz.,  City  Code  (“PCC”)  §  18-4(B) prohibits discrimination against “protected groups” and sexual orientation. Violation of this code provision is punishable by a fine and/or jail time as a class 1 misdemeanor. The City has not cited Plaintiffs for violation. Instead plaintiffs took the preemptive action of seeking an injunction against the City prohibiting it from enforcing the ordinance and a declaration that it violates the right to free speech under article 2, section 6 of the Arizona Constitution and Arizona's Free Exercise of Religion Act (“FERA”), A.R.S. § 41-1493.01. The trial court granted the City of Phoenix' motion for summary judgement, the Arizona Court of Appeals affirmed the granting of summary judgment but struck down as unconstitutionally vague the provision in § 18-4(B)(3) prohibiting displays or publications stating or implying that a person in a protected   group  “would be   unwelcome, objectionable, unacceptable, undesirable or not solicited.”     The Arizona Supreme Court reversed the trial court in part and vacated the court of appeals in part.

The City's motion to dismiss this case based upon ripeness and standing (there was no evidence that plaintiffs had refused to create art work for any same-sex wedding nor evidence the City had cited them for such conduct) was proper due to the fact plaintiffs “face a real threat” of being prosecuted should potential customers planning a same-sex wedding seek their services and consequently plaintiffs “have suffered an injury through the chilling of their free speech an free exercise rights.”

Ariz. Const. art. 2, § 6 states that “[e]very person may freely speak, write, and publish on all subjects, being responsible for the abuse of that right.” This Arizona Constitutional provision is broader than the First Amendment to the U.S. Constitution, primarily because it applies to everyone in the state and not just the government. That said, federal court cases on the issue are instructive.

The “compelled speech” doctrine protects the “right to speak freely and the right to refrain from speaking at all.” Based upon this doctrine the U.S. Supreme Court has held it a violation of the First Amendment to require a Jehovah Witness to salute the flag in school or display the state's motto on a Jehovah Witness' license plate. Similarly, government regulations compelling a person to host or accommodate another's message is considered potentially protected “compelled speech.

“Pure speech” protected by the Constitution includes written and spoken words, as well as other media such as paintings, music, and film “that predominantly serve to express thoughts, emotions, or ideas.”

Here, the First Amendment does not protect all of Plaintiffs' business activities or products simply because they operate Brush & Nib as an “art studio.”  However, Plaintiffs' custom wedding invitations, and the process of  creating  them,  are  protected  by  the  First  Amendment  because  they are pure speech.  Each custom invitation created by Duka and Koski contains their hand-drawn words, images, and calligraphy, as well as their hand-painted images and original artwork.  Additionally, Duka and Koski are  intimately  connected  with  the words  and  artwork  contained  in  their  invitations.    See  Hurley,  515  U.S.  at  576  (stating  that  protected speech  involves   communications   that   are   “intimately   connected”   with   the   speaker).  For each invitation, Duka and Koski spend many hours designing and  painting  custom  paintings,  writing  words  and phrases,  and  drawing  images and calligraphy.  Moreover, they insist on retaining artistic control over the ideas and messages contained in the invitations to ensure they are consistent with their religious beliefs.

Finally, the majority rejected the strong dissents by Justices Bales, Timmer and Staring which categorized plaintiff's refusal to create the invitations as unlawful discrimination based upon sexual orientation and not protected speech.  To this argument the majority says:

Duka and Koski neither testified nor argue that their faith prohibits them from serving a customer based on their sexual orientation.  Rather, Duka and Koski have testified that  they  are  willing  to  serve  any  customer, regardless  of  status, and no  contrary  evidence  has  been  presented.    Additionally,  the  record  contains no complaints against Plaintiffs for discriminating against customers based on their sexual orientation.

It is interesting to note that it took the court 52 pages to reach this result. 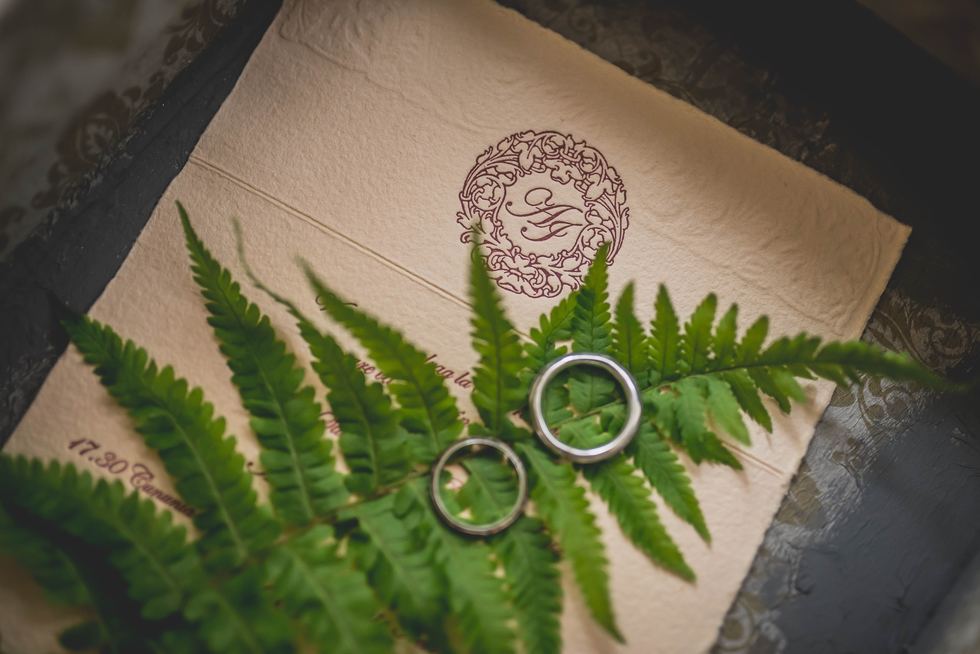