Matt Schmidt obtained a confidential settlement for his client, 90 year-old Miriam Seymour, who was brutally mauled by two pit bulls while she was getting her mail. Evidence revealed the homeowners' association where the dogs were living had knowledge of the dogs' dangerous behavior prior to the attack, did not abide by its own rules and regulations and failed to protect its community from substantial danger and harm. 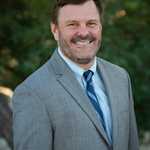