The recent insurrection at the U.S. Capitol has resulted in consequences for lawyers connected to the event.  One such person is John Eastman, who was a law professor at Chapman University.  He spoke at the “Save America” rally preceding the riot and assisted in several of the lawsuits challenging the presidential election results.  In the wake of the riot, Eastman retired from Chapman with an agreement that he will pursue no legal action.

During the January 6th rally, Mr. Eastman stood next to Rudy Guiliani, as the former New York mayor called for “trial by combat”.  In his own speech, Eastman alleged there were “secret folders” of ballots.  According to reporting by the National Law Journal, Eastman came under fire from other faculty and students at Chapman, who called for his ousting.  One undergraduate student demanded Eastman's disbarment by the California bar.

Eastman had previously caused controversy when he wrote an editorial for Newsweek in which he questioned vice-president elect Kamala Harris' citizenship and eligibility for office because her parents were not naturalized U.S. Citizens at the time of her birth in the U.S.  Newsweek later apologized for the piece.

Guiliani himself is facing complaints and possible disbarment in New York as well as expulsion from the private New York State Bar Association related to his “trial by combat” remarks and possible incitement of violence.

Meanwhile, attorney William McCall Calhoun of Americus, Georgia was arrested and had his initial appearance in federal court for his participation in the unrest.  He remains in custody but denies any wrongdoing, asserting he did not break into the Capitol.  Rather, “We just walked in, and the police watched us.”  Calhoun states that he believes the election was “stolen”.

Some Georgia lawyers are calling on Calhoun to be disbarred for his actions and for his social media activity, which included calling on then-candidate Joe Biden to be hanged.

Texas lawyer Paul Davis is also in trouble.  He actually videotaped himself at the riot stating that “all we want is an actual audit of ballots and the Dominion machines.  Our politicians could end all of the unrest in two days with a legitimate audit, but they won't allow it. Why.” 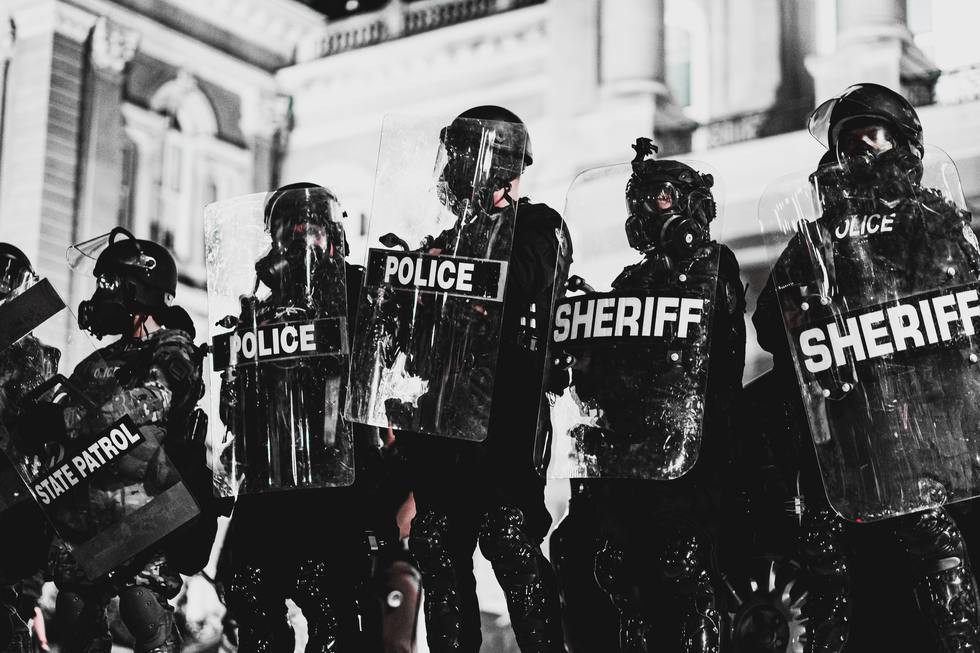