Hop on: the legal complexities of rental scooters in 2020

As I stated last month, the focus of my column for the year 2020 will be the legal complexities of riding--and possibly falling off of--a rental scooter in 2020. Fortunately for consumers, a favorable opinion has already come down from the US Court of Appeals for the 9th Circuit in Wilson v. Huuuge, Inc., 944 F.3d 1212 (9th Cir. 2019). Decisions that come down from the 9th Circuit control federal law primarily in the western region of the United States, including Arizona.

In Wilson, the plaintiff was the user of a smartphone casino app. Hidden within deliberately hard-to-find terms was a mandatory arbitration clause. The app did not require users to affirmatively acknowledge or agree to any terms before downloading or using the app, but instead suggested users access the terms before downloading the app or view the terms during game play. Either way, the court joked that “the user would need Sherlock Holmes's instincts to discover the Terms.”

The plaintiff got into a dispute with the app company and the app company attempted to enforce the mandatory arbitration clause. the question the court addressed was “under what circumstances does the download or use of a mobile application (“app”) by a smartphone user establish constructive notice of the app's terms and conditions?”

In this case, the 9th Circuit struck the arbitration clause down, disfavoring the app's “hide the ball” tactics. The court ruled that because the app did not provide reasonable notice of its terms, plaintiff did not “unambiguously manifest assent to the terms and conditions or the imbedded arbitration provision.”

In small and grey writing, Bird's app claims that users agree to its terms by “continuing” (i.e. signing into the app); once signed in, its terms are not listed as a menu item. Interestingly, though Razor suggests many helpful safety tips before taking a scooter ride, it mentions nothing about its terms beforehand; its terms, however, are listed as a menu item. Though this is a little less ambiguous than the case presented in Wilson, it is still highly questionable whether a court would amount this to reasonable notice or unambiguous manifestation of assent. There is a valid argument  that Bird's terms are synonymous to looking the terms up before engaging in the app, while Razor's terms are synonymous to trying to look them up "during gameplay." 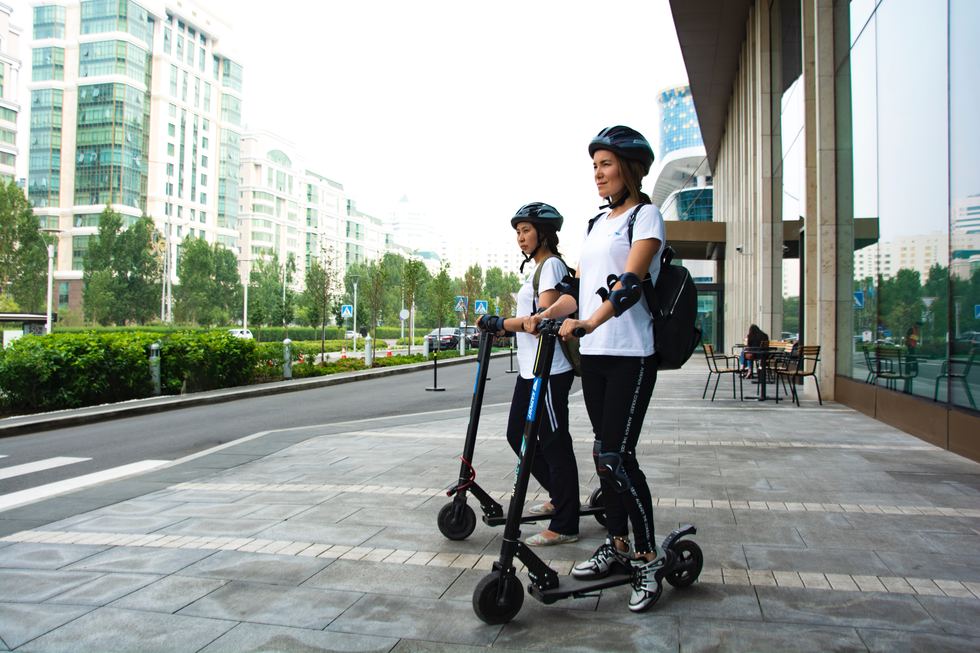