Forbes Magazine is a business magazine.  It takes the side of business.  Nonetheless, it could not help but report on a New England Journal of Medicine article that blew the doors off the idea of “defensive medicine.”  Defensive medicine is a term coined by the insurance industry to describe the so-called practice of doctors ordering excessive tests and providing excessive treatment in fear of facing a medical malpractice suit.  In response to this ersatz concern, the insurance industry bamboozled state legislations to pass laws to strictly limit a patient's ability to obtain compensation for injuries caused by bad medicine. 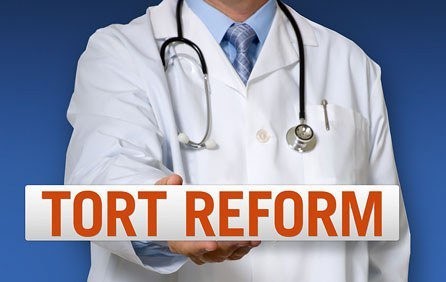 If defensive medicine were a real concern, then one would expect that once the fear of medical malpractice suits was lifted, then doctors would not order as many tests or would alter the manner in which they treat patients.  As a result, medical costs would go down.

To test this theory, the New England Journal of Medicine article looked at the practice of emergency department medicine in those states that adopted strict limits on a patient's ability to recover for the harm caused by medical negligence – so called tort reform.  The physicians who did this study found out that how doctors practice medicine, including ordering of tests, has not changed in the states that practice tort reform.

What does this prove?  It proves that “defensive medicine” never existed.  Rather, doctors practice medicine in the way that they do to try to provide good care.  Therefore, one of the basic reasons for “tort reform” was false.  There is not cost savings when patients are no longer able to recover for the harm caused by doctors.

This latest study follows numerous others that deflated other tort reform myths: that making it harder for victims to file medical malpractice lawsuits would reduce the number of “frivolous” suits that “clog the courts;” that imposing caps on the damages victims could receive would reign in “out of control” juries that were awarding lottery-size sums to plaintiffs; and that malpractice insurance premiums would fall, thereby reversing a doctor shortage caused by specialists “fleeing the profession.”

It is time for legislators to recognize that they were hoodwinked, dismantle the so-called reforms, and begin to look for real solutions to make patients safer.

In my days as a defense lawyer, I represented hundreds of health care professionals.  I have taken the depositions of thousands of doctors.  Not once, have I ever had one of them tell me they ordered a test or did a procedure because they were worried about a malpractice suit.  They look at each patient and make decisions about what that patient or may not need.

So, the next time you hear somebody spouting off about the runaway costs of health care is because of frivolous medical malpractice suits, you can have the necessary information to be well informed.  “Defensive Medicine” does not exist, and it is not a reason to take away your rights to be compensated for harm caused by medical errors.  This is especially true in the recent error of massive medical errors caused by the transition to electronic medical records, which is the subject of my next blog.

Jim Campbell is an experienced medical malpractice trial lawyer. Jim learned the craft of medical malpractice litigation law representing physicians and hospitals throughout the State of Arizona. He successfully tried many lawsuits on behalf of physicians and hospitals, even when the odds were overwhelmingly against his client. Now, Jim uses his skill and experience representing patients. His defense experience gives him an advantage in anticipating the tactics that physicians and their lawyers will use. He is able to proactively engineer his client's case to successfully meet those strategies.