Night and Weekend Hospitalizations Increase Your Risk of Death

Does the timing of your surgery or hospitalization impact your risk of death?   Turns out that it does. 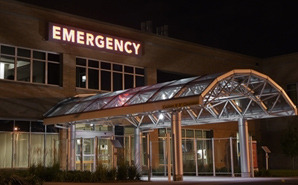 Long have patients, and their families, complained of problems with skeleton crews or the “B” team working nights and weekends – shifts that more senior and qualified nurses and other health care professionals don't want. Now a new study presented this weekend at the European Society for Anaesthesiology's annual meeting confirms these anecdotal stories.

Surgery on weekends carried a 22% higher risk of death than weekday surgery. And in a curious data point, February was identified as the riskiest month, with a 16% increase in the likelihood of death compared to surgery in all other months.

In the second study, the authors analyzed data from 55 million hospital patients worldwide. The conclusion – patients admitted on weekends were 15 to 17 percent more likely to die than those admitted on weekdays.

The researchers identify two potential explanations for the findings. “First, these differences reflect poorer quality of care in hospitals on the weekend, and second, patients admitted on the weekend could be more severely ill than those admitted on a weekday.” said author Dr. Hiroshi Hoshijima. His statement accompanying the study goes on to say, “We believe that poorer care at the weekends is the much more likely explanation.”

These presented papers are preliminary findings and identify the need for more research and peer-reviewed debate on the issue. But they also highlight the need to continue to further improve patient safety, especially in the night/weekend shifts.