Ride-Sharing -- Would you let your kids ride by themselves?

It's not an easy call.  Plus, there are rules.

In high school, Blue Bird Taxi was my life-line. I was a boarding student in a small mountain town in Western North Carolina.  A phone call and 30 minute wait brought a light-blue sedan to Asheville School Road.  Sometimes alone, and more often with friends, I climbed in and headed out.  Whether it was a doctor's appointment or a Saturday night movie, a cab - complete with an unknown driver and no GPS tracking - got me where I needed to go.

I have friends who grew up in cities with reliable, vibrant public transportation, who got around easily as teenagers on buses and subways.

Ride sharing apps have disrupted the transportation game.  I can't recall ever calling a cab in the 30 years I have lived in Tucson.  But I am a heavy user of Uber and Lyft.  It's convenient, fairly inexpensive, and takes the hassle out of driving.  It's especially useful when we travel -- unless it's absolutely necessary, our family doesn't rent a car on trips.

As easy as an Uber is for Olivia and me on a Saturday night, the question becomes - can we uber our kids to practice?  If it takes the hassle out of driving ourselves, imagine the load it would lighten if we could summon one for the kids in a pinch....or on the regular.

Is an Uber/Lyft any different than my old Blue Bird buddies?  A monitored ride has to be safer than a taxi or even a city bus, right?

I conducted a very unscientific survey of friends, asking the simple question, "Do you/would you allow your teenage kids to ride Uber/Lyft alone?"  I got close to 150 responses - they came from married and single parents of teenagers. On the surface, it was roughly a 60/40 split against allowing teenagers to ride share without an adult.  There were folks who had no concerns, and others who were an adamant, "no."   But there were many in the middle. And that's the crucible today's parents are in.

We are trying to balance time and safety - sometimes, frankly, the demands of work and life may leave no other viable option -- at least that is how it might feel.  What was clear in the responses I got - lots of individual circumstances equals lots of approaches.  One parent wrote that it's hard to balance work, a schedule and a teenager's activities, plus hiring a driver is too expensive, so a tracked ride makes sense.  Another gave me a succinct  - "NO WAY."

Among the responses three themes emerged.  The sample size is small and limited by folks I know and who responded, but these seem to make some universal sense.  First, even parents who had not allowed a teenager to use Uber alone appreciated the availability in case of an emergency - maybe getting a kid out of a bad situation.  Second, there is pretty solid consensus among those in the "yes" camp that it's more tolerable/acceptable/comfortable with a group of kids riding vs. a single teenager.  Third, there remains a gender gap.  Parents of both sexes seem to be more open to their teenage boys riding in Uber/Lyft cars than their daughters.

I heard a story more often than I expected, though.  Parents who find out after the fact that their kid has been put in an Uber without their permission.  Their child goes to a friend's house.  The host adult, for one reason or another -- and sometimes not a very responsible reason -- ubers the kids, alone, somewhere.  Universally, that created bad feelings.

With all the focus on how parents approach the question - I wanted to know how Uber and Lyft deal with it.  I reached out to an Uber driver in Los Angeles.  He told me that he has shown up to drive teenagers - and younger.  Sometimes the kids, themselves, request the ride.  Sometimes they are standing next to a parent waiting to put the kid in the back seat.

You might be surprised to know (I was) that the companies have rules around this.

The Terms of Use of both Uber and Lyft forbid minors to ride without a parent.

Uber's rule says, "A rider must be at least 18 years of age to have an Uber account and request rides.  Anyone under 18 must be accompanied by someone 18 years or older on any ride."

Lyft is similar, "Unaccompanied minors are prohibited from travelling."

Importantly, both services say they will cancel the account of someone ordering rides for a minor.  So if you jealously guard your 4.93 user rating, beware.

Both services give their drivers a little wiggle room though.  While they do allow their drivers to ask for id to confirm age, both instruct their drivers to cancel trips of unaccompanied minors without penalty to driver if they feel (Uber) or believe (Lyft) the passengers are underage. Of course, feeling and believing are subjective emotions and leave lots of room for fair interpretation.

Whether it's the difference in what passengers are told and what drivers are told or something else - it's clear that there is a gap between what the companies say is happening and what is happening in the real world.  It's probably a hard decision, too, for a driver who shows up to pick up kids after dark.  If the car leaves, what's the next best option for the kids?  That is a tough moral dilemma for a gig-economy driver.

So, what are some takeaways?  If you are in the allow camp, despite the stated rules, it looks like you can keep on keeping on -- for now at least.  If you are in the no camp, the Terms of Service give you something more than "Because I said so" when explaining to your child why you are soooo unreasonable and unwilling to go along with what everyone else is doing.  Most importantly, though, like so much in life - this is a new topic that you should talk to your kids about. Maybe for your family an Uber in a pinch, with a group is okay and maybe it's not -- but our kids are having to confront these decisions (which we never had to make), and as parents we need to give them some guidance.

Finally, there appear to be some upstart ride sharing companies - HopSkipDrive, Kango, Zemcar, Zum, and Bubbl - that are trying to claim the Uber for Kids mantle.  Vetted drivers ferrying kids around town.  Though likely for a premium fee.

PS -- if someone at Uber reads this, you should track down this driver and celebrate him.

PSS -- our teenage daughter has ridden an Uber, with a friend, in Washington, DC. Neither looked 18. The ride went fine, and we were able to track it in real time. Would we do it again?  Like so many of you who responded, "I don't know.  I guess it depends." 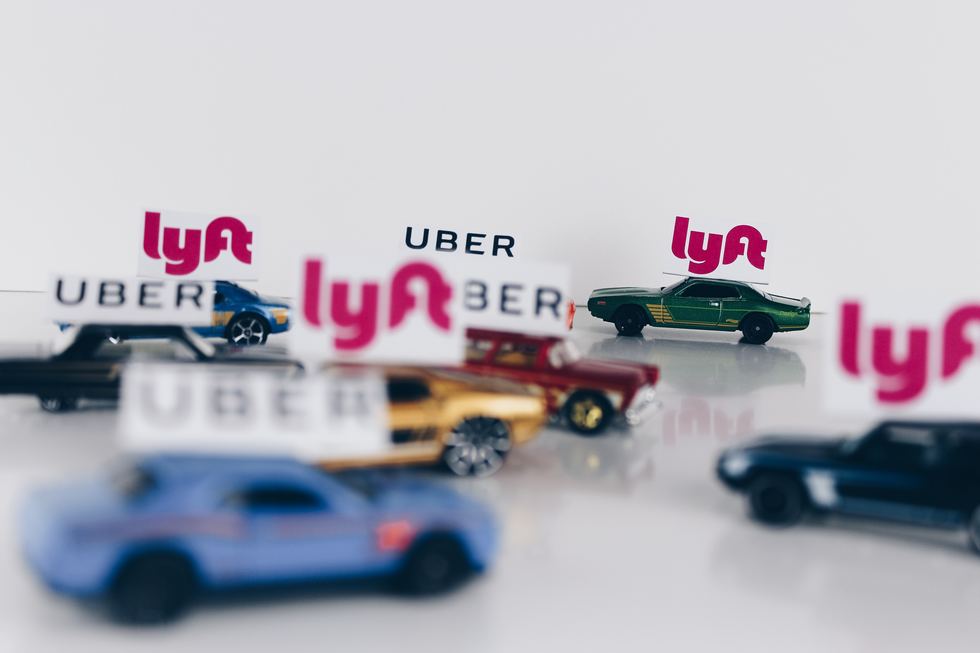 I am comforted in the effort you put forth in researching this topic.The binary question you asked concealed pertinent and deep-seated issues related to contemporary ride sharing, especially for minors. Fortunately, and you rightly emphasized this point, ride-sharing companies have rules regarding transportation of minors. Enforcement of those rules seemed porous mitigating society’s moral burden. Stringency is therefore needed to ensure safety of minors using such services.

As far as we are concerned, our teenage daughter is now in her majority. We consider that she has legal and moral endowments to make her own rightful decisions. Thus, our unequivocal “YES” response to your binary question. While she ascertains her independence of choice, our daughter looks to us for guidance and acquiescence.
Ride-sharing addresses punctual transportation needs in modern society. Companies issued edicts to protect safety of minors using their services. Your blog highlights a need for stringent enforcement of their rules while calling on vigilance of all concerned. We owe much debt to you for sharing such information.
Have a wonderful day!