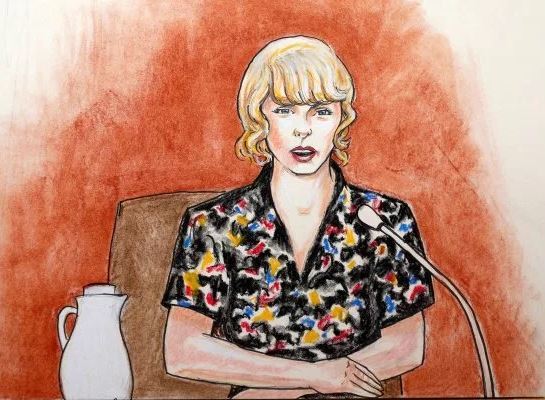 Ms. Swift on the stand. Jeff Kandyba via AP

A civil trial in Denver that pits Taylor Swift against a disgraced radio DJ is shining a light on Taylor's meet and greets and the abuse performers - especially female performers - are susceptible to.  Her testimony is a masterclass in dealing with aggressive cross examination.

In 2013 Taylor was doing a meet and greet in Denver when a DJ and his girlfriend stepped up for a photo.  The DJ allegedly reached into her dress and grabbed Taylor's ass.  When the incident was reported later that evening, the DJ was fired.  He commenced a $3,000,000 defamation suit against Taylor Swift and her team. Taylor has filed a sexual assault counterclaim seeking vindication and a solitary dollar in symbolic damages.

On cross examination yesterday, the DJ's lawyer, tried to make some headway. It did not go well for him. A prepared and confident Taylor shut him down from the witness stand. Trial reporter Claudia Rosenbaum has been providing live tweet updates on the proceedings.

On whether she shares the blame or is responsible for the DJ's firing:

"I am not going to allow your client to make me feel like it is anyway my fault because it isn't."

On whether she is critical of her bodyguard for not stopping the harassment:

"I am critical of your client sticking his hand under my skirt and grabbing my ass."

On whether she could have said something immediately:

"Yes.  And your client could have taken a normal photo with me."

On where she was grabbed and whether she is sure about that:

On whether she identified the right guy:

On whether she saw it happen with her own eyes:

Obviously she didn't because, her "ass is in the back of her body."

On whether anyone else saw what happened:

"The only way anyone would have seen it is if someone was directly under my skirt, and we didn't have someone positioned there."

On whether the DJ did anything else inappropriate:

"Other than grabbing my ass and refusing to let go, he did not touch me inappropriately."

On why she didn't shut down the meet and greet immediately:

"I was focused on my fans." 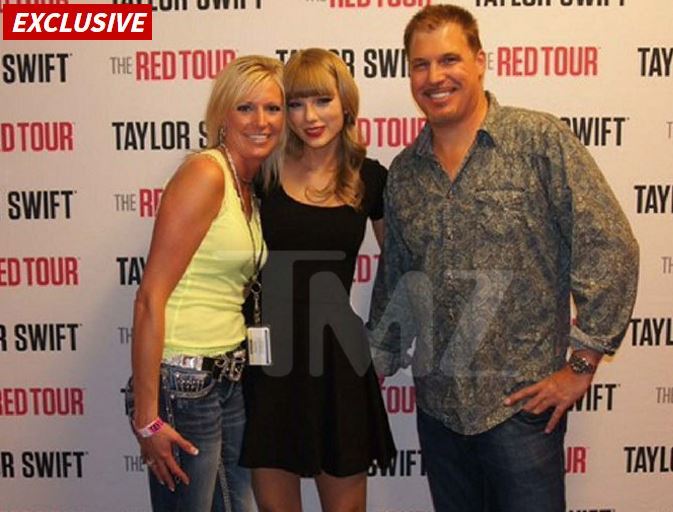 The photo at the center of the case

Taylor Swift is now off the stand.  In testimony this morning, the meet and greet photographer told the jury that the DJ unquestionably put his hand under her skirt until Taylor pushed it down and jumped closer to his girlfriend.  The photograph of the DJ, his girlfriend and Taylor Swift has been made public and seems to show Taylor pressing herself to her right and into the girlfriend's space.  The DJ's right hand is where it is.

The trial continues next week.  The Denver Post has excellent reporting on the trial. You can read their coverage here.