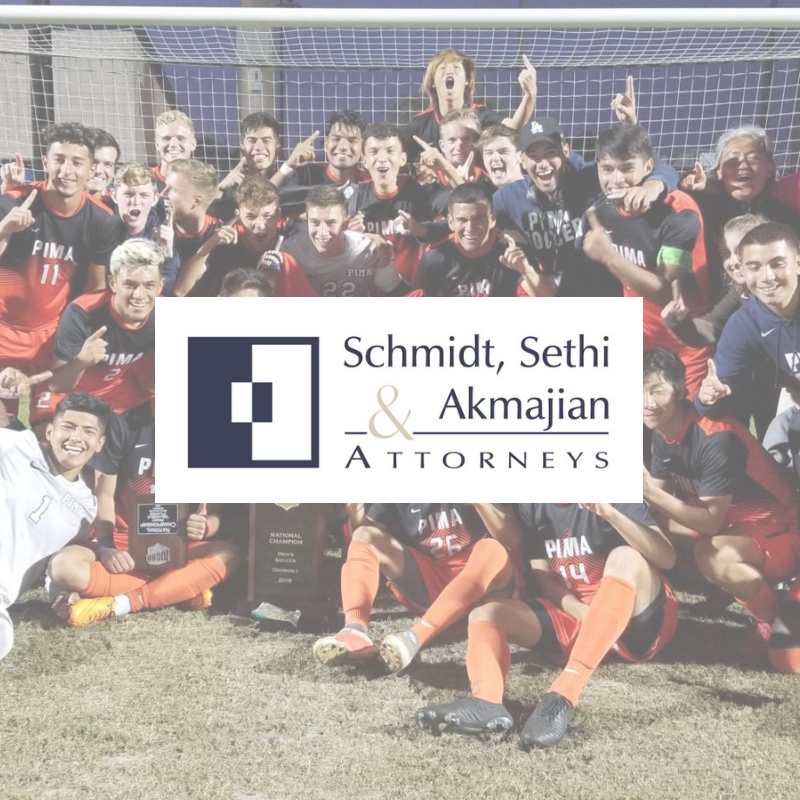 Schmidt, Sethi & Akmajian was recently featured in the Arizona Daily Star for our donation to the men's soccer team at Pima Community College. For the first time in the program's history, the 2018 team won a National Championship. The team was unable to pay for championship rings, and that is when Ted Schmidt stepped in to help the talented athletes. This coming Wednesday at 4:30pm at Pima College District Office 4905 E Broadway Blvd, Schmidt Sethi & Akmajian will present the team with championship rings for every player.

This isn't the first time Ted has supported local Tucson teams. Schmidt, Sethi & Akmajian has donated championship rings in the past for:

Ted says, “We believe strongly in the importance of sports to the development of our kids here in Tucson and we believe that an extraordinary effort and accomplishment such as this must be properly rewarded. This was a no brainer for us. These young men deserve a lifetime memento to offer the accomplishment of a lifetime and we are honored to have the opportunity to help make that happen.”

Read more of our coverage here.