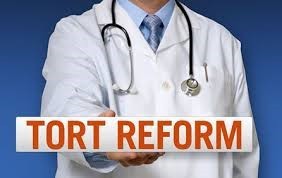 Often doctors, their malpractice insurance companies and their lobbyists claim health care is being ruined by so called defensive medicine.  The story goes that medical costs are being dramatically driven up because doctors' fear of lawsuits causes them to order unnecessary tests and procedures.  This unproven claim is the basis for insurance companies' attempts to deny patients the right to be compensated when they are injured by a physician's malpractice.

Importantly, if you are the patient whose life is saved because of one of these “unnecessary tests,” then there is nothing defensive about it.  Rather, you got the care you needed because your doctor ordered a test that revealed a serious medical condition.

Moreover, a recent study by physicians at the very well respected Cleveland Clinic, published by the Journal of the American Medical Association (JAMA), disproves yearly double digit increases in insurance costs are because of defensive medicine.  The study analyzed the cost of care incurred by physicians who claimed they ordered a significant number of tests because of the fear of suits and those that did not have this concern when ordering tests.  Strikingly, the study found, “  "[P]hysicians who wrote the most defensive orders spent less than those who wrote fewer such orders, highlighting the disconnect between physician beliefs about defensive medicine and their contribution to costs.”

The next time you hear a doctor or his malpractice insurance company claiming you are paying more money for your health insurance because of defensive medicine and malpractice cases, you now know this myth has been busted!

Jim Campbell is an experienced medical malpractice trial lawyer. Jim learned the craft of medical malpractice litigation law representing physicians and hospitals throughout the State of Arizona. He successfully tried many lawsuits on behalf of physicians and hospitals, even when the odds were overwhelmingly against his client. Now, Jim uses his skill and experience representing patients. His defense experience gives him an advantage in anticipating the tactics that physicians and their lawyers will use. He is able to proactively engineer his client's case to successfully meet those strategies.