ENTITY CLAIMING TRIBAL SOVEREIGN IMMUNITY AS A SUBORDINATE ECONOMIC ORGANIZATION HAS BURDEN OF PROVING BY PREPONDERANCE OF THE EVIDENCE THAT ITS CREATION AND BUSINESS FORM, PURPOSE, RELATIONSHIP WITH THE TRIBE, TRIBE'S INTENT TO SHARE IMMUNITY, FINANCIAL RELATIONSHIP WITH TRIBE AND FEDERAL POLICIES WEIGH IN FAVOR OF FINDING IMMUNITY

Sara Fox was seriously injured while white water rafting on the Colorado River through the Grand Canyon. Arizona holds title to the lands beneath the river so the injuries occurred on state land. The raft she was riding in was operated by employees of Hwal'Bay Ba: J Enterprises, Inc. dba Grand Canyon Resort Corporation [GCRC]. GCRC is a tribal corporation whose sole shareholder is the Hualapai Indian Tribe [Tribe] whose reservation is contiguous to parts of the Colorado river. Fox sued GCRC, the Tribe and others. The Tribe and GCRC moved to dismiss under Rule 12 (b)(2) & (5) of the Arizona Rules of Civil Procedure, arguing sovereign immunity destroyed personal jurisdiction against them. The trial court granted the motion as to the Tribe but denied it as to GCRC as well as a motion to reconsider by GCRC. The Arizona Court of Appeals denied GCRC's motion for special action relief and the Arizona Supreme Court granted review to decide under what circumstances a tribal entity enjoys sovereign immunity as a “subordinate economic organization” of an Indian tribe and affirmed the trial court.

Indian tribes as “domestic dependent nations” are immune from suit in state and federal court unless they waive the immunity. This immunity apples to a tribe's commercial and governmental activities conducted both on and off the reservation. However, tribal sovereign immunity does not shield individual tribal employees sued in their personal capacity even where the tribe has an obligation to indemnify them. Sovereign immunity also applies to a “subordinate economic organization” which is considered an arm of the tribe. Conducting commercial activities through subordinate governmental agencies does not constitute an intentional waiver of immunity.

The issue here is whether or not GCRC constitutes a “subordinate economic organization” of the Tribe or is an entity separate and distinct from the Tribe. GCRC has the burden of demonstrating immunity exists by a preponderance of the evidence. To decide this question the Arizona Supreme Court adopts six non-exclusive factors:

Courts should consider all these factors and decide if they “collectively weigh in favor of finding the entity is a subordinate economic organization of the tribe.

Here, there were several facts supporting a finding of immunity, e.g., the Tribe's constitution authorizes it to manage all tribal economic affairs and enterprises and the plan organization for GCRC claims sovereign immunity, the Tribe capitalized GCRC and is its sole shareholder, appoints GCRC's board of directors and the board must get the Tribal Council's consent for making significant business decisions.  However, conversely there were several facts weighing against finding GCRC a subordinate economic organization, e.g., GCRC is a tribal corporation, its assets do not belong to the Tribe, was organized for  the purpose of conducting all lawful affairs for which corporations may be organized, control and operation was vested in a board of directors which can independently hire officers, make investment decisions, borrow funds, and enter into contracts and the Tribe is prohibited from “interfering with or giving orders or instructions to the officers or employees of GCRC.”

More importantly, the record is silent regarding several significant functional attributes of the relationship between the Tribe and GCRC which might tip the scales one way or the other, e.g., there is no evidence whether GCRC's revenues fund any governmental functions of the Tribe, the extent to which the Tribe depends on GCRC revenues for its governmental functions, whether GCRC engages in any activities other than providing rafting trips, or whether GCRC contributes to general tribal economic development.

Accordingly, GCRC fails to meet its burden of proof that it is in fact a subordinate economic organization entitling it to sovereign immunity. 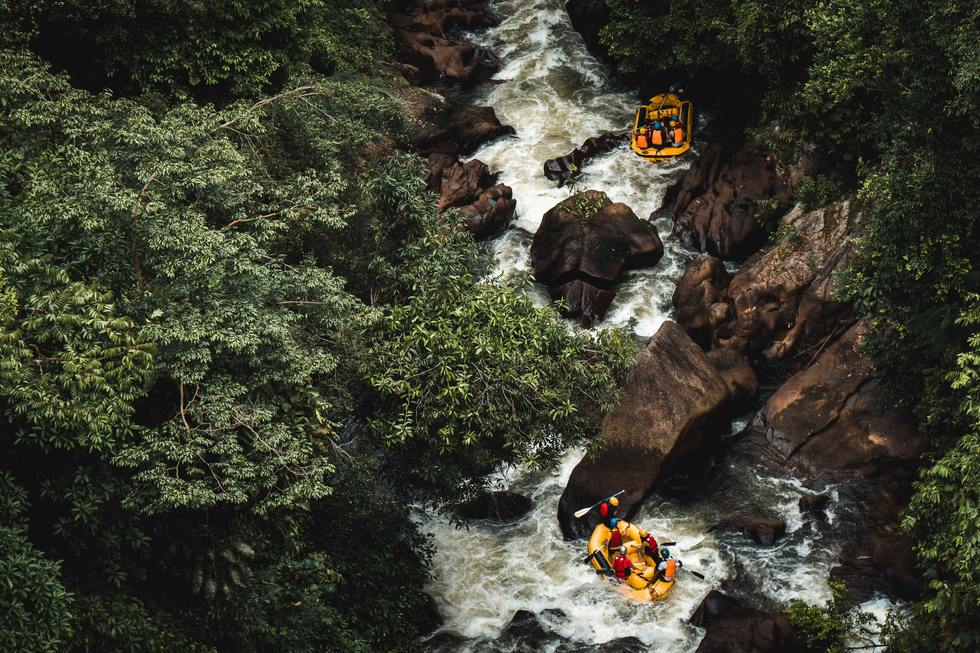