A 12 year old girl phoned the California Union City police department reporting her sister and mother were barricaded in a bedroom while her mother's drunk boyfriend (plaintiff) was attempting to assault them with a chainsaw. Police arrived at the house and saw the plaintiff through a window with only a beer in his hand. They ordered plaintiff out of the house. He complied. He appeared to have a crow bar in his hand and was told to drop it. He complied. He was told to walk towards the officers and ultimately to stop and get on his knees with hands over his head. He in fact stopped, but before he could kneel officer Kensic saw a knife in plaintiff's sweat pants. Plaintiff was told by officer Kensic not to lower his hands,”hands up” and when he did lower them, within 2 seconds, , officer Leon shot him twice with a beanbag with his shotgun. Plaintiff then again raised his hands over his head. He was then told to “get down” and as he lowered  himself to the ground officer Rivas-Villegas pushed him to the ground with his foot then kneeled on his back while pulling his hands behind his back and cuffing him.

Plaintiff brought suit under 42 U.S.C. § 1983 against Leon and Rivas-Villegas, for excessive force, Kensic for failing to intervene and the City under  Monell v. Department of Social Services,436 U.S. 658 (1978), for the officers' actions. The Federal District Court granted summary judgment to the individual officers finding the force used was objectively reasonable and that Kensic had no reasonable opportunity to intervene. The claim against the City was then dismissed.  The United States Court of Appeals for the Ninth Circuit affirmed in part and reversed in part.

In reviewing the district court's decision the court of appeals noted, it must determine “ (1) whether the facts taken in the light most favorable to the plaintiff show that the officer's conduct violated a constitutional right, and(2) whether that right was “clearly established at the time o fthe officer's actions, such that any reasonably well-trained officer would have known that his conduct was unlawful.”

On the other hand, the court reversed the summary judgment as to Rivas-Villegas finding a question of fact as to whether he exercised excessive force in kneeling on plaintiff's back while he was lying face down. The court noted that serious injuries are not required where there is a “meaningful personal intrusion” in order to find the violation of a constitutional right. Further, LaLonde v. County of Riverside,204 F.3d 947, 952 (9th Cir.2000) established clear legal precedent putting a properly trained officer on notice that kneeling on a suspect while he lay face down might constitute excessive force.  In so ruling, the Monell claim against the City was likewise reversed for further consideration by the district court. 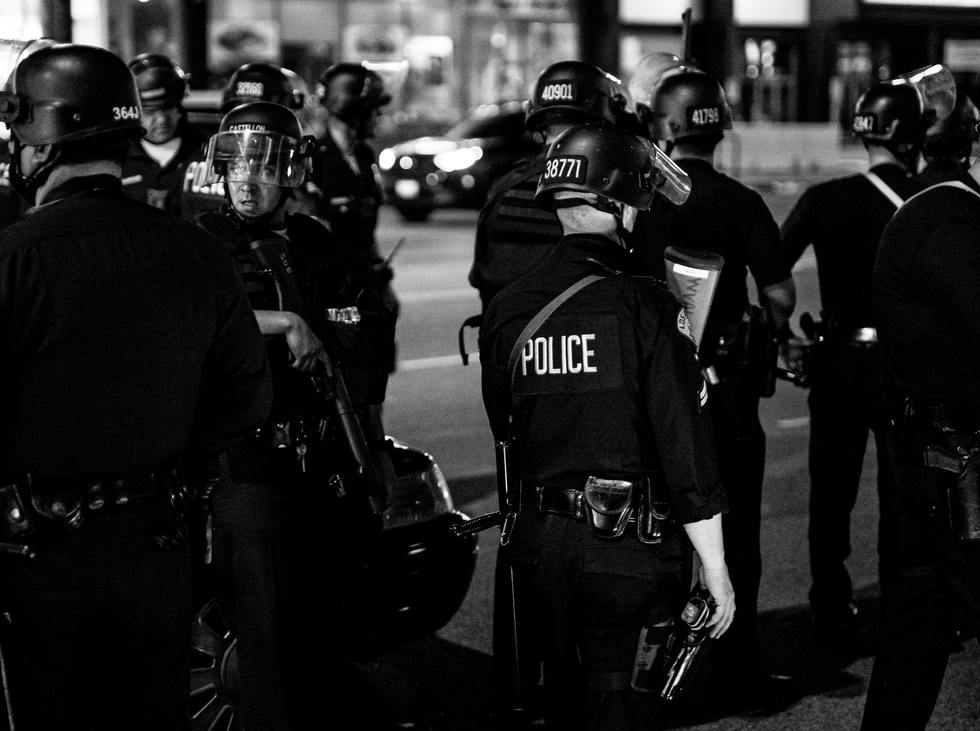