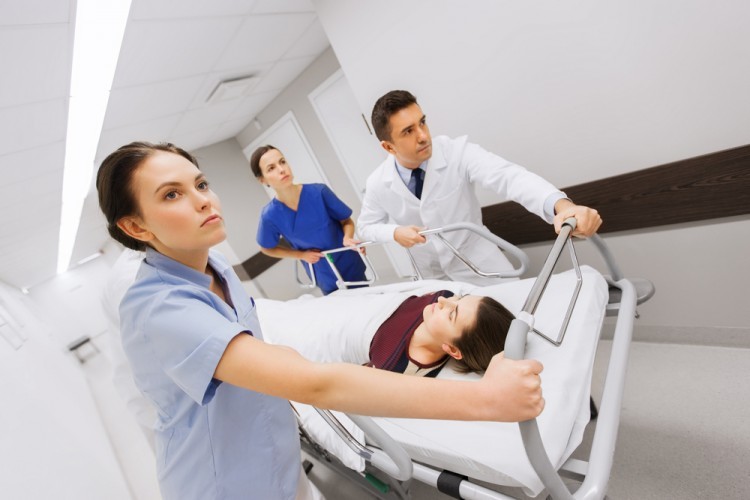 Plaintiffs son died of a methadone overdose. They brought a wrongful death action against the emergency room [ER] doctor (and others) who released him home as stable. The ER doctor defended upon the allegation the decedent consumed more methadone after being released which caused his death.  The jury returned a verdict for the defense. Plaintiffs alleged the jury was not properly instructed, that the defendants' offer of judgment was not made in good faith and raised various evidentiary issues.  The Arizona Court of Appeals treated this appeal as a special action, accepted jurisdiction and denied the relief requested.

Plaintiffs first contended that the A.R.S. §12-572(A) “clear and convincing evidence” burden of proof standard did not apply to this case. The statute specifically says that it applies where services are provided "in compliance with EMTALA.” See Emergency Medical Treatment and Active Labor Act [EMTALA], 42 U.S.C.A. §1395dd. Plaintiff claimed that they did not allege EMTALA violations and the EMTALA only applies to acts and omissions which occur in the initial screening and determination as to whether or not a prospective patient requires emergency medical care.  The court of appeals disagreed holding:

[T]he heightened standard of proof for claims against a health

whenever the acts or omissions plaintiff contends were

deficient were provided in the course of evaluating and

treating a patient in a hospital emergency department.

Next plaintiffs asked for a new trial because during the trial the court reporter rode in the elevator with several jurors and overheard Juror 10 say, “something like - if the parameters were set at 11 to 24, why didn't the alarm go off." The trial court and counsel interviewed Juror 10 in chambers, were all offered an opportunity to question the juror and from this the trial court determined the comment was isolated, there were no other comments and the court reporter properly nipped it all in the bud.  There was no abuse in discretion in failing to dismiss Juror 10.

Plaintiff then argued that the defendant doctor violated Ariz. R. Civ. P. 26(b)(4)(D) in her testimony. This rule limits each side in a medical malpractice case to one expert on each issue.  However, the rule allows the defendant to testify regarding her own compliance with the standard of care. The defendant's knowledge of the effects of methadone, experience and education regarding the length of time it remains active in the system and how additional doses of the drug stair step the effects on the patient were all relevant to her ability to judge the decedent was stable and appropriate to be released home. The defendant never testified as to causation and never specifically testified that the decedent had to have taken another dose after discharge. This was all proven by other evidence.  No error here.

methadone levels, was improper as the method was not scientifically valid because of the way the drug redistributes in the body after death. Plaintiff claimed error due the trial court's refusal to hold a “Daubert” hearing. The court of appeals found the admissibility issue was fully briefed with supporting expert affidavits and medical literature. Under such circumstances the trial court is not required to hold a hearing.

Plaintiff next complained about the admission of evidence of cocaine metabolites in the decedents post-mortem urine under Rule 403 Rules of Evid. At first the court granted plaintiffs' motion in limine to keep this evidence out unless the cocaine could be linked to the death.  However two days into trial the judge reversed himself in light of plaintiffs' evidence that the decedent was a good kid who would never have taken  another  dose after discharge. The trial court let the evidence in under Rule 404 (B) (Character Evidence) to refute the image plaintiff was painting. The court of appeals found this reasoning sound.

That were uncontroverted at trial: (1) the immediate cause of Jesse's death was methadone intoxication, (2) the mechanism of death was respiratory failure, and (3) the manner of death was accidental. The trial court properly denied this motion. Judgment as a matter of law is not available

to dispose of issues of fact that do not defeat a claim or defense, even if the facts have not been challenged at trial.

Finally plaintiffs claimed that defendants' $10,000 Offer of Judgment was not reasonable or in good faith when viewed in light of the damages in the case.  The court of appeals held that nowhere in Rule 68 Ariz. R. Civ. P. does it require that an offer of judgment be reasonable or in good faith. To engraft such a requirement on the rule will only open the door to more litigation over what is a “reasonable” or “good faith” offer. Plaintiffs are subject to double costs and expert witness fee sanctions under the rule.

(For you appellate junkies, the reason this case was accepted under “Special Action” jurisdiction is that the order denying plaintiffs' motion for new trial was not signed by the trial court. The appellate court sent it back down for a  signature which was not forthcoming. The court of appeals thus invoked its discretion to hear the case as a Special Action since it had no jurisdiction as a straight up appeal without the trial court's signature on the order.)