Torts—Proximate Cause in Dramshop Action 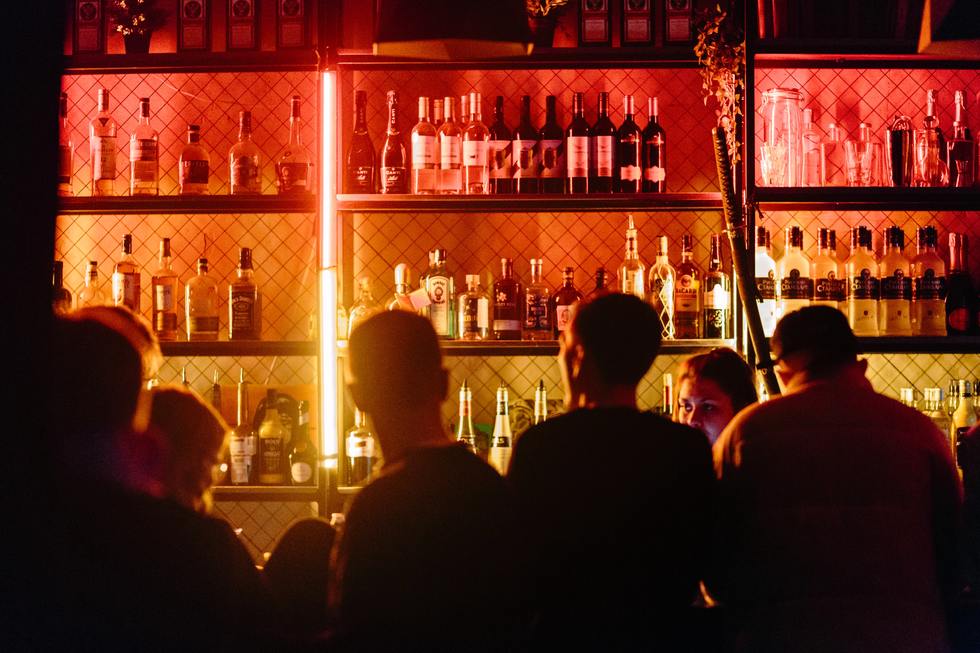 Torts—Proximate Cause in Dramshop Action

WHERE DRIVER BECOMES INTOXICATED AT BAR THEN DRIVES HOME, SLEEPS, GETS UP AND DRIVES AGAIN CAUSING INJURY IN CAR CRASH, SLEEPING AT HOME CONSTITUTES INTERVENING SUPERCEDING CAUSE

Defendant driver consumed alcohol throughout the evening, ending up at defendant strip club where he consumed more alcohol and closed the place down at 2:20 a.m. He then went to his brother's house and ultimately ended up at home where he went to bed. He was awakened by his girlfriend and asked to take her girlfriend, who had been out with them drinking, home. At 5:14 a.m. that morning while traveling 86 miles per hour he crashed into a car stopped at a red light killing plaintiffs' decedents. Plaintiffs sued and obtained a $2 million verdict against the defendant driver and bar with 40% fault assessed against the bar. The bar appealed the judgment and denial of its renewed motion for judgment as a matter of law (Ariz. R. Civ. P. 50). The Arizona Court of Appeal reversed in part and remanded with directions.

Liquor licensees have a duty to “exercise affirmative, reasonable care in serving intoxicants to patrons who might later injure themselves or an innocent third party, whether on or off the premises.” The negligent overserving of a patron must be the proximate cause of injury or death. This is usually a question of fact for the jury. However, judgment as a matter of law is appropriate where the plaintiff's evidence fails “to establish a non-speculative casual connection or when reasonable persons could not differ.”

“The proximate cause of an injury is that which, in a natural and continuous sequence, unbroken by any efficient intervening cause, produces an injury, and without which the injury would not have occurred.” An intervening cause “becomes a superseding cause relieving a defendant of liability when it was unforeseeable by a reasonable person in the position of the original actor and when, looking backward, after the event, the intervening act appears extraordinary.”

Patterson v. Thunder Pass, Inc., 214 Ariz. 435, (App. 2007) is particularly instructive on this issue. There the tavern owner confiscated a drunk patron's car keys, drove the patron home in another vehicle where he left her with her keys. She then secretly returned to the bar with the keys and drove her car causing an accident. The court of appeals found “The risk lies chiefly in the fact that a person who becomes intoxicated at a commercial establishment may be unable to return to her home or other place of repose safely. But when the patron has safely been transported home, the risk of her deciding to leave home and take to the roads is no different than if she had become intoxicated at home with alcohol purchased at a store in package form. . . The decision to leave her apartment and drive was an intervening and superseding cause that broke the chain of proximate causation.”

In finding the defendant driver's act of going home and to bed constituted an intervening and superseding cause here the court distinguished Dupray v. JAI Dining Servs. Inc., 245 Ariz. 578 (App. 2018) where the defendant drunk driver, who mostly lived in his car, went to a friend's house after getting drunk at the defendant bar, then his girlfriend's house where he got in an argument. The girlfriend accused him of being too drunk to drive and tried to take his keys away from him whereupon he aggressively drove away and caused a collision. Here the court of appeals found the question of proximate caused hinged upon  “whether the homes of his friend or his girlfriend were places of repose” which was for the jury to decide.

Here the drunk driver “unquestionably reached a place of repose—his own home, where he got into bed and went to sleep—and no one can reasonably can dispute that.” Thus despite the fact the defendant bar had undoubtedly breached its duty of care, the absence of proximate causation absolved it of liability. If the accident had occurred while the defendant drunk driver was driving home from the bar, the result would have most certainly been different.