Over the next few weeks we will all weigh in on this question.  Here's Dev Sethi's favorite:

"Tough question.  Comic, with deft cross-examinations in My Cousin Vinny?  Gritty and inspiring, David beats Goliath in The Verdict? Jimmy Stewart and an ethics master class in Anatomy of a Murder? 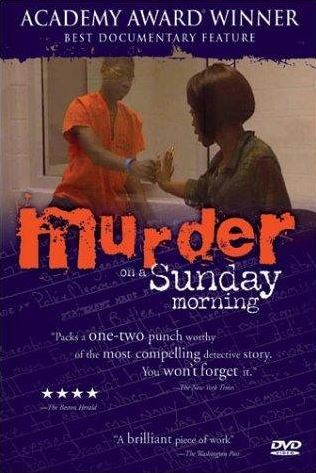 All great choices.  But my favorite remains Murder on a Sunday Morning.  This Oscar-winning documentary follows the investigation and trial of 15-year-old Brenton Butler, who confessed to the murder of a tourist in Jacksonville, Florida.  The movie takes you inside Brenton's defense team, led by Patrick McGuinness, his tough public defender.  McGuinness' dogged investigation and skilled approach casts doubt -- and real concern -- about the entire investigation.

I won't ruin the ending, because you should see it.  It's on Netflix and free on YouTube.  It's the one movie I recommend to every law student I meet.  It is a powerful reminder of the importance of the advesary system, the wisdom of juries, and the role that lawyers -- regardless of area of practice -- have to speak truth to power."

Murder on a Sunday Morning

I think there is a place in everyone's heart for My Cousin Vinny, but 12 Angry Men is a true black and white classic that is preserved in the National Film Registry by the Library of Congress. It celebrates our legal system and the idea that a person's fate (especially in the criminal context) is often most fairly decided not by a judge or political body, but by a group of his peers.

Without giving too much away, the story centers around 12 men who must weigh the evidence of a murder trial to decide whether a man is guilty or innocent for the death of his father. This not for those seeking a lot of high flying action and special effects, as over 90% of the movie takes place on one set--the jury room.  The movie explores the complex dynamics of a jury, allowing the viewer to act as a fly on the wall and watch them deliberate, something lawyers wish they would be able to do in the real world.

Guilty or innocent, the movie provides realistic examples of what often goes on behind those sacred closed doors, including both the good and the bad.