Our client was the widower of a 68 year old woman killed by an intoxicated driver.  She was on her bicycle, stopped in a bike lane when the driver, a construction worker on the job for Scott Roofing, crashed into her from behind.  We identified several witnesses, including former employee whistleblowers who provided sworn testimony critical of Scott Roofing and its operations.

We also supported our client and provided victim's assistance through the parallel criminal prosecution of the driver.  On the eve of being sentenced to 10.5 years in prison for his acts, we finalized a 5.2 million dollar settlement for our clients.

You can see Dev Sethi discuss the case about this case here. 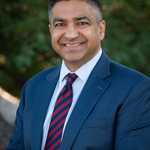